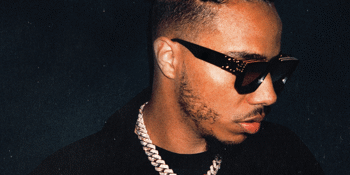 Rosemount Hotel (North Perth, WA)
Monday, 3 January 2022 7:00 pm
202 days away
18 Plus
Music
Hip Hop
Send this event to
Due to the ongoing global situation, AJ Tracey's Australian tour has now been rescheduled for January of 2022. The good news is all previously purchased tickets will remain valid for these new dates.

If you are unable to attend, please contact your point of purchase.

Astral People and Handsome Tours are excited to announce that AJ Tracey will return to Australia in January 2022 for his biggest tour yet.

Astral People, Handsome Tours & Whatslively are proud to announce the highly-anticipated Australian tour of one of the UK’s hottest rap acts, AJ Tracey. Kicking off in January, AJ will be performing at iconic venues across major cities. The 2021 tour will mark his biggest Australian tour to date and his first visit since the triumphant release of his debut, self-titled album in 2019.

Emerging via the UK grime scene back in 2015, the London-born artist has continuously pushed the boundaries of UK rap throughout his self-built journey. Combining a diverse and unique style with his innate talents, AJ Tracey continues to effortlessly make music that easily translates on a global scale, defining him as one of the most in-demand UK artists internationally.

AJ Tracey is set to storm onto national stages for the live Australian debut of some of his most prolific hits, while also promising the original come-to-be classics that launched him into the global spotlight. Destined to smash even more goals, don’t miss the UK star live this year as his meteoric rise continues.